You are here: Home / Advocacy / More Than One Way to Skin a Cat!
Share this article 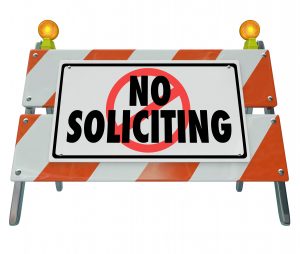 Some trial lawyers, aggressive roofers, public adjusters (PA’s) and others partially responsible for Florida having three fourths of America’s property insurance lawsuits, are quite pleased with themselves right now.

Gale Force argued that language prohibiting  “written or electronic communication that encourages, induces, or instructs someone to contact a contractor or public adjuster for the purpose of filing an insurance claim for roof damage” was unconstitutional and violated its’ First Amendment right to freedom of speech.

U.S. District Judge Mark Walker agreed and on July 11 granted an injunction prohibiting relevant paragraphs from being enforced by the Department of Business and Professional Regulation (DBPR). (See: Section 1, beginning on line 117)

Other portions of SB-76 (Sections 2 thru 14) have gone into effect, however, notably those improving the state’s one-way attorney fee statute, dealing  with the eligibility and glidepath of Citizens, and the reduced deadline to file claims.

In his 44 page opinion judge Walker said, “There is a difference between targeting disfavored conduct or practices (contractors acting as public adjusters, exploiting consumers, filing fraudulent claims, etc.) and targeting anything that may lead to that conduct— including truthful information that a consumer may have storm damage, and that storm damage may be covered by insurance.”  (See Note #1 below)

Before looking closer at the injunctions’ impact I should say that, regardless of anything else, I truly believe based on the performance of some in their ranks the solicitation practices of roofers are in bad need of reform—even the judge seemed to acknowledged as much.

I’ve received credible reports of vans pulling into neighborhoods dispatching a half dozen or so highly incentivized persons to, spread out, knock on doors and gather signatures. This, apparently as a means to prevent their competitors with similar business models from doing the same thing.  Among these door knockers are often some very aggressive folks, embellishing, exaggerating, intimidating their way to a bonus. Not illegal per se but, a clarion call for reform, in my opinion.

More than one consumer has shared with me their stories—which, in my opinion, show any number of laws are possibly broken with this type of approach–prime among them is the prohibition against the Unlicensed Practice of Public Adjusting or UPPA. (See: A Big Dog With No Teeth?!)

A sponsor of SB-76 said the final version signed by Governor DeSantis was only about 40% of what Florida really needs. Others, particularly those placing greater weight on the attorney fee reforms, believe that’s a bit high.

Here, in no particular order, are the reasons I believe Gale Force’s injunction is not as bad as it seems:

Most people I talk to agree that solicitation reforms are needed.  Next years drafters should keep this articles’ message in mind: when it comes to legislating against bad behavior there is always “More Than One Way to Skin a Cat.”

NOTE #1:  Aside from the law itself as implemented by the legislature via SB-76, there are three pertinent and current documents you should examine for details and the rationale for this decision.  They are: Gale Force Complaint for Injunctive & Declaratory Relief; DBPR’s Memorandum in Opposition to Gale Force’s Request; and, Judge Walker’s 44 page statement on his decision. There’s a lot to be learned about Gale Force’s specific complaint and how the law impacted its’ apparent business model.

NOTE #2: In addition to prohibiting public adjusters from being paid by contractors or attorneys, which was intended to eliminate “loss consultants” from being employed by law firms, other helpful provisions also remain with SB-1598, as follows:

Requiring a public adjuster to complete a detailed estimate within 60 days of signing a contract with an insured. The estimate must include an itemized per unit cost of the repairs. This will prevent the situation which occurred after Hurricane Michael when some public adjusters concentrated on soliciting customers and delayed presenting their estimates to their client and to their client’s insurance company for months or presented estimates which were incomplete. This was one of the causes of the unreasonable delays in settling some of those claims.

Extending from 3 days to 10 days the time a consumer has to rescind a contract with a public adjuster.