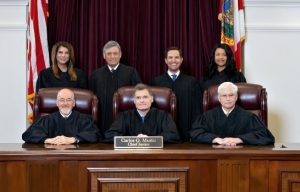 I promise this is my last word on the Strems saga… probably.  Recall my last post “Collapse of an Evil Empire…DISBARRED!” where I wrote that “…based on his cumulative behavior”  the Supreme Court of Florida (SCOF) had finally ruled to “disbar” Scot Strems. I mistakenly said the disbarment was “permanent.”

Now comes the Strems team which responded with a petition for rehearing to replace the “non-permanent” disbarment with a 3-year rehabilitative suspension.  They also propose that the requested suspension become effective when Strems was first suspended back in June of 2020.  If granted, Strems could begin practicing law as early as June 9 of this year.  END_OF_DOCUMENT_TOKEN_TO_BE_REPLACED