You are here: Home / Advocacy / PUBLIC ADJUSTERS—All in the Family
Share this article 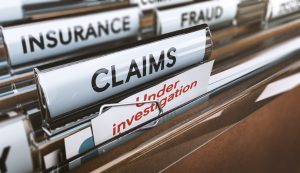 Speaking of Public Adjusters and the contribution too many of them make to Florida’s property insurance fraud problem, a recent petition delivered to the Department of Financial Services (DFS) may be instructive for those of us paying the highest homeowner premiums in America.

On July 19 DFS received a Petition for Declaratory Statement from Universal Property & Casualty Insurance Company.  Basically it asks DFS to opine on whether family relationships some PA’s have with remediation contractors are in violation of Florida Law, specifically portions of Fs-626.8795 Public adjusters; prohibition of conflict of interest; which reads as follows:

A public adjuster may not participate, directly or indirectly, in the reconstruction, repair, or restoration of damaged property that is the subject of a claim adjusted by the licensee; may not engage in any other activities that may be reasonably construed as a conflict of interest, including soliciting or accepting any remuneration from, of any kind or nature, directly or indirectly; and may not have a financial interest in any salvage, repair, or any other business entity that obtains business in connection with any claim that the public adjuster has a contract or an agreement to adjust. [emphasis added]

In its’ petition Universal describes what’s going on:

“A company that provides water mitigation services expands the scope of area damaged by the loss reported citing the need for remediation. These actions include drilling into walls & kitchen cabinets; removal of wood and tile baseboards; removal of walls; and removal of flooring even though the areas were not involved in the loss being reported or exhibiting any actual damages. In certain claims the same mitigation company is also the company used to trench floors even though they did not hold the license to perform the service.

All of this is performed before the claim is even reported to the insurance carrier and subsequently prejudices the ability to determine if a loss occurred or that damages were sustained. In these claims the only supporting evidence that a policyholder presents in support of the loss is the records prepared by the mitigation company which also has a direct relationship with the public adjuster they have contracted. In many incidences my investigation has discovered that the policyholder had no knowledge of the relationship until they had been advised by me. Furthermore, in many incidences we have discovered through the policyholder that the water mitigation company is brought into the claim by the public adjuster themselves or a public adjuster from their public adjusting company they own.

The actions detailed above involves 100’s if not 1,000’s of homeowners throughout the State of Florida.”

The statutory prohibition (and thus the petition), is more consequential when you ponder facts stated in the petition.  Universal cites three PA’s that, as either mother or wife, have a familial relationship with the entity or person responsible for repairing or reconstructing many of the properties upon which the PA has an adjustment contract.  In fact, the petition states the PA hired their family members’ water firm, 45 out of 47 times in one case, 373 out of 393 times in another and for 100% of the claims (243 out of 243 claims) in yet another example.  For just this one carrier!

In my opinion this goes to the heart of Fs-626.8795 as the title purposes it to be a “Prohibition of conflict of interest.”  My recollection is the law was intended to keep PA’s from choosing vendors for reasons other than competency, competitive pricing and the like.  Lawmakers were trying to remove some incentive (or ability) to inflate repair costs as a means to inflate the PA’s percentage-based contingency payment.

Of course I’m not a lawyer.  I do speak English though, and even assuming no communication whatsoever by the PA as a parent or spouse of a remediator, the question is also: does the familial relationship constitute a violation of a statute that states the PA “may not engage in any other activities that may reasonably be construed as a conflict of interest.”

I’m not sure how else to “construe” hiring your own son 100% of the time if not an activity that could reasonably …[be] a conflict of interest.   And, of course, the concern is amplified if the relationship is one of husband and wife.

But this is all just my lay, and somewhat speculative, opinion.

And it’s certainly not my decision. That belongs solely to DFS.  And just FYI, according to the law governing Declaratory Statements (Chapter 28-105) DFS can take 90 days, choose to hold a hearing or not, then file a Notice of Disposition in the Florida Administrative Register.  Or… it can do as it and other agencies often do and decline to render any Declaratory Statement on the matter. (See Note #1 below)

So, there you have it.

Personally, I believe the facts are true as stated in the petition.  Indeed, I believe that these types of relationships exist much more than we realize, and that they are predominantly with water remediation vendors, as opposed to roofers or contractors.  Regardless of DFS’s findings one way or the other, I believe the existence of these affiliations is one more reason why water remediation firms need regulation.

Please, share your opinion by leaving a “reply” below.  Especially if you’re a lawyer, tell me whether you believe the familial relationships described in the petition violate Fs-626.8795 . Second, after reading “Should We or Should We Not…Regulate Drying Firms?” please share your opinion on that issue as well.

Someday maybe all the pieces will be in place for Florida to be more like other states; especially with regard to the sky high premiums we all must pay.

NOTE #1: The law (Chapter 28-105) provides that “the agency [DFS] may rely on the statements of fact set out in the petition without taking any position with regard to the validity of the facts.”  In other words, DFS is being asked to opine whether it’s a violation of the statute “IF” the alleged affiliations were to exist.  And, finally, based on my inquiries and some limited experience, the most likely response is for DFS to not agree to provide a Declaratory Statement at all.  This, for a variety of potential reasons, including lack of  “standing” by the petitioner.