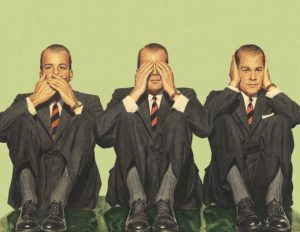 Johnson Strategies LLC expert contributor, David Thompson CPCU, is often asked what he believes are the most undersold coverage’s by agents. His answer always includes the coverage which is the title of this article.  We asked David to share his thoughts on Ordinance or Law Coverage, often called “Building Code Coverage” as an assist to agents and others in sharing the value and importance of this often undersold coverage.

Here is David’s article written for that purpose.  Learn from it and understand that “every property owner” should consider the purchase and every agent should be fully informed as to its’ history, value and purpose. 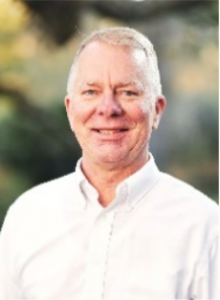 After a building has been damaged by something such as fire or windstorm, it is unfortunately often later discovered that the insurance policy covering the property did not have a coverage called, “ordinance or law coverage.” It is sometimes referred to as “O&L” by insurance agents or “building code coverage” by many consumers.

The concept of building codes is far from new. Hammurabi was the sixth king of Babylon and ruled from 1792 BC to 1750 BC. Hammurabi’s Code was one of the earliest written codes of law in recorded history. One code stated: “If a builder builds a house for someone, and does not construct it properly, and the house which he built falls in and kills its owner, then that builder shall be put to death. If it kills the son of the owner, the son of that builder shall be put to death.”

There is often confusion about the need for O&L coverage since many insurance policies pay for losses on a replacement cost basis. That means, for example, if a 15-year-old roof were damaged by a lightning strike and the entire roof had to be replaced, the cost of a new similar roof would be paid; there would be no depreciation taken. Coverage is in effect, “new for old.” The key point, however, is that the insurance company owes money to replace the damaged property with similar property. Many times, the building code has changed, and the house or commercial building is no longer “built to code.” Materials that were present before the claim can’t be replaced by the contractor; new materials or construction features required by the building code must be used by the builder. In general, insurance policies are not structured to provide coverage for these upgrades. That leaves the policyholder in a bad spot because they can’t rebuild the structure like it was prior to the loss, but the insurance company does not pay for the cost to rebuild to the current building code. This results in a financial strain on the policyholder, often a significant amount of money.

An example of a damaged home will illustrate the need for O&L coverage:

An example of O&L on a commercial property policy is the 2021 Champlain Towers South condominium collapse in Miami-Dade County that tragically illustrates the need for O&L coverage. The building was insured for $30 million. News reports around the country showed about half of the entire building had collapsed, while the other half remained somewhat intact…undamaged. Explosives were used to demolish that undamaged portion after the initial collapse and all of that debris had to be hauled away; using explosive demolition techniques greatly increases the cost to demolish a structure. The condominium was constructed in 1981, and thus was 40 years old and certainly not built to current code. The building was within a few hundred feet of the Atlantic Ocean and the cost to rebuild to the current code would have been significant had the building been rebuilt, due to required wind mitigation building techniques and materials.

Stating, “My structure was just built and is built to code” is not a reason to fail to buy O&L coverage. Codes change frequently and those changes are seldom known by policyholders, and even many insurance agents.

Policyholders should ask their insurance agent to provide a quote for the maximum O&L coverage available, regardless of the age of the structure. Break the cost down into a cost per day and compare that to the cost of your favorite morning beverage at a restaurant like Starbucks.

Insurance agents should routinely inform customers of the features and cost of O&L coverage and provide a quote for the coverage on any property policy.