You are here: Home / Advocacy / A Great First Step…
Share this article 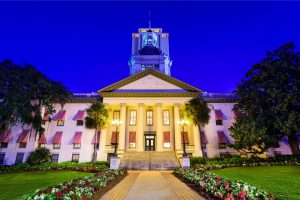 For those who deal with the public, especially insurance agents, consultants and the like, I highly suggest you review the Staff Analysis of SB-2A.  Print it out. Keep it handy. Make sure your co-workers have a copy.  It’s a detailed synopsis of the rationale and data that drove this important reform effort. You’ll also find links to every source document, including OIR studies, Citizens data, litigation reports, media coverage and more. You’ll be fully equipped to answer client questions and consumer inquiries regarding the substance in the bill.

The Litigation Provisions of SB-2A

Litigation problem solved! If the above reforms survive legal challenges, trial lawyers will be on the hunt for other litigation schemes, perhaps in other lines. While sad, it’s a reliable sign of success.

The remaining problem is Citizens–which often charges about half the admitted market, and 80% of its’ own actuarially indicated rate.  Fortunately, lawmakers also took the gutsy step of making Citizens less competitive with private carriers and less burdensome to private policyholders via assessments.

The Citizens Provisions of SB-2A

Frankly, the surprise last minute entry to the Citizens proposal was the last one, the requirement to purchase flood insurance.  At least it’s the one I’m hearing the most about. Questions range from whether policyholders and/or applicants to Citizens will be upset and whether there’ll be an additional burden on agents who send policies to Citizens.

The answer to both questions is “yes” followed by a big “BUT.”

The legislature’s graded approach allowing those with smaller homes to put off the purchase of a needed coverage until March 1, 2027, will materially reduce consumer push back, in my opinion. And only those in Special Flood Hazard Areas (SFHA), who have (or should have) it already are the ones immediately affected.  SFHA residents without mortgages and no flood coverage but who’ve experienced or seen Ian’s wrath have probably secured the coverage by now, anyway.  Fact is, everyone should now understand that if you live on Florida’s coast and don’t have flood coverage you essentially have no hurricane protection. (See Note #3 below)

So, what’s missing at this point?  Well lawmakers didn’t address the issue of Actual Cash Value for roofs. Nor did they do anything to stop the door-to-door antics of roofers, mostly from out of state.  Or public adjusters, many of whom are also from out of state (and unnecessary) and licensed to descend on Florida’s stricken areas.  Nor did they address the criminal activities of too many water mitigation firms that are unlicensed, unregulated, and often in cahoots with attorneys looking for proxy solicitors.

Fixing those problems will be part of the next step in shoring up Florida’s property market.  A step to be taken during the 2023 Regular Session, convening at noon on Monday, April 10, 2023.

NOTE #1– The House voted 84-33 with most Democrats in opposition.  The Senate voted 27-13 in favor with two Republicans joining all but one of the Democrats in opposition. On motion by Senator Boyd, SB 2-A was certified to the House. The vote on passage: Yeas—27.  Nays—13: Senators Berman, Book, Davis, Ileana Garcia (Republican), Erin Grall (Republican & trial lawyer), Jones, Osgood, Pizzo, Polsky, Powell, Rouson, Thompson, and Torres.

NOTE #2– Reinsurance: SB-2A establishes a second optional hurricane reinsurance fund (The Florida Optional Reinsurance Assistance Program) for carriers, offering rates of 50% to 65% of the cost of on-line rates, while maintaining the Reinsurance to Assist Policyholders (RAP) program created in the May special session.

Claims Handling: SB-2A reduces from 90 days to 60 days the time insurance companies have to pay or deny a claim, unless extended by regulators; and reduce from 14 days to 7 days the time a carrier has to review and acknowledge a claim communication and begin an investigation, along with other time requirement changes.

Enhanced OIR Regulation: SB-2A allows OIR to withdraw approval of policies with an appraisal clause for companies that routinely invoke it; allows OIR to do market conduct exams after a hurricane on those companies in the top 20% of claims filed or DFS complaints and to include an examination of their MGAs; and requires companies to report monthly numbers of claims opened, closed, pending, and those seeking alternative dispute resolution to report which type.

NOTE #3—Lawmakers provided a timetable for the purchase of flood coverage for Citizens policyholders as follows: