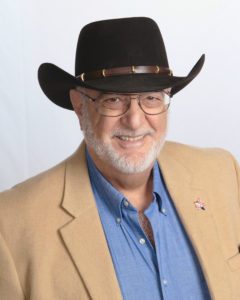 We reached out to JS Contributor Barry Zalma for an analysis of this newest case and for his opinion on Public Adjusters acting as Appraisers. He brings a decidedly more academic and detailed legal approach to this important issue, but…reaches the same conclusion.  Feel free to distribute this article to others by clicking the appropriate icon below. 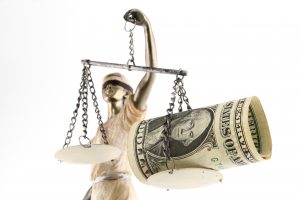 FACTS–In 2017, Mr. Parrish submitted a claim to State Farm under his homeowners insurance policy, asserting that his house had sustained damage from Hurricane Irma. He retained a public adjusting company, Keys Claims Consultants, Inc. (KCC), to represent his interests regarding his claim. Pursuant to his contract with KCC, KCC agreed to “prepare a detailed accounting of the damages and present them” to State Farm. KCC would “negotiate the damages with the insurance company representative(s)” and was authorized to invoke “the Appraisal provision” under Mr. Parrish’s insurance policy. In return, Mr. Parrish assigned to KCC ten percent “of all insurance funds, contractual and extra contractual, received” by Mr. Parrish. Mr. Parrish also gave KCC “a right to be paid as a joint payee” of State Farm under his contract with KCC.

On January 8, 2018, Bobby Sims, a KCC public adjuster, forwarded Mr. Parrish’s executed sworn statement in proof of loss to State Farm which valued Mr. Parrish’s loss at $495,079.25. Along with the sworn statement, Mr. Sims, recognizing that State Farm would dispute the claim, requested that any dispute over the amount of loss be submitted to appraisal pursuant to the policy. The policy required the appraisers to be disinterested.

Parrish designated George Keys, the president and namesake of KCC, as Mr. Parrish’s “disinterested appraiser.” State Farm issued its own demand for appraisal and appointed Bob Davis of Davis Claim Management as its appraiser. It also asked Mr. Parrish to choose a different appraiser.

THE DISPUTE—On May 5, 2018, State Farm filed a “Petition to Compel Appraisal with Disinterested Appraiser.” This “petition” set forth in enumerated paragraphs a sequence of factual allegations (not unlike a civil cause of action), a separate section of legal argument explaining why, in State Farm’s view, Mr. Keys should not be allowed to serve as a disinterested appraiser under the policy, and a request that the court “enter an order compelling [Mr. Parrish] to participate in appraisal with a disinterested appraiser not affiliated with Keys Claims Consulting, Inc.”

On December 18, 2018, the circuit court entered the order now before us in which the court determined that Mr. Keys could serve as a disinterested appraiser despite his company’s contractual relationship with Mr. Parrish and the ten percent contingency fee KCC would earn from any payment Mr. Parrish received from his claim. The order both denied the petition and then stated that it was “hereby dismissed in its entirety.” The court ordered the parties to proceed to appraisal and retained jurisdiction to award Mr. Parrish his attorney’s fees and costs in connection with the petition.

ANALYSIS—The policy does not define “disinterested.” Where the language in an insurance contract is plain and unambiguous, a court must interpret the policy in accordance with the plain meaning so as to give effect to the policy as written. Appraisals are creatures of contract and the subject or scope of appraisal depends on the contract provisions. Absent ambiguity, the plain meaning of an insurance policy controls.

The term “interested” is an adjective describing an appraiser who holds an interest — that is, a stake of some sort, whether pecuniary, proprietary, or personal — in the outcome of the appraisal process. The prefix “dis” connotes its negative — so “disinterested” means an appraiser who does NOT hold an interest in the outcome of the policy’s appraisal process.

As is clear from the policy provision, the conclusion of the appraisal process results in a recommended monetary award of some amount. Indeed, that is the point of the endeavor. And a contingency stake in a potential monetary award — such as this one — constitutes a pecuniary “interest.”

Mr. Keys, as the president of Mr. Parrish’s public adjusting firm, has a vested interest in obtaining the highest possible recovery because his compensation will be a percentage of it. KCC’s ten percent interest in the amount awarded in the appraisal process necessarily makes its president interested in the outcome of the process. For that reason alone, he is not a “disinterested appraiser.”

The plain and ordinary meaning of disinterested includes free of self-interest or pecuniary interest. When an appraiser has a direct financial interest in the outcome of the appraisal, the appraiser is not disinterested.

A contingency form of payment is uniquely problematic under this provision because the amount of the appraiser’s remuneration is inextricably tied to the amount of the award the appraiser will ultimately recommend. The bigger the award, the bigger the payment. It is that link between payment and award that makes the contingency-paid appraiser prohibitively interested in the outcome of the appraisal process, which is a condition the policy expressly prohibits.

Mr. Parrish’s public adjuster, KCC’s adjusters are professionally bound to handle Mr. Parrish’s claim with dispatch and due diligence and not approach investigations, adjustments, and settlements in a manner prejudicial to the insured.

Therefore, a public adjuster that has a contingency interest in an insured’s appraisal award or represents an insured in an appraisal process is not a “disinterested appraiser” under this insurance policy’s appraisal provision.

ZALMA OPINION—The decision made by the Florida Court of Appeal should have been, and was, obvious. A person with a right to a percentage of any award cannot be disinterested in the outcome and will, as he is obligated to do as a public adjuster, do everything possible to increase the amount of the award of appraisers regardless of facts presented to the appraisers and is, at the very least, compelled to support the proof of loss that KCC created. Hopefully this decision will stop the unreasonable use of appraisal and the attempt to gain an advantage over an insurer in an appraisal proceeding. Disqualifying insured’s selected appraiser was appropriate because he had a direct financial interest in the outcome of the appraisal and because a pecuniary interest in the outcome is, by definition, a personal interest that favors one side over the other.

Barry Zalma, ESQ., CFE–The experience and skill of Mr. Zalma as a consultant can make the difference before a jury, other trier of fact, or mediator.  Mr. Zalma has more than 53 years as a claims person and insurance coverage attorney who has advised insurers on claims handling, interpreted coverages and testified as an insurance coverage, insurance bad faith, insurance claims handling and insurance fraud expert.  To learn about Barry Zalma’s services for insurers  go here.  To learn about and subscribe to Zalma’s free Newsletter go here.